All things vehicle related (with a little DIY) 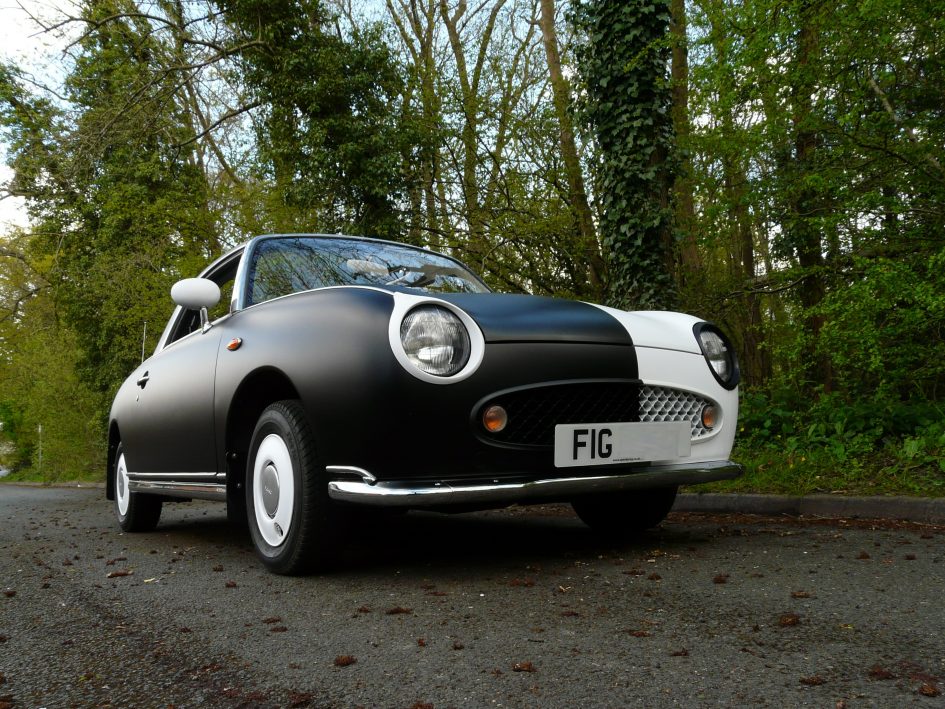 The birth of this blog

My sister’s Nissan Figaro is the car that got me thinking about blogging and, as you may have noticed, started!

Kelli has a real love for Nissan Figaro’s, the retro early 90’s car with a UK cult following. She’s on her second as a result of a drunk driver who rear ended Betty (fortunately my family weren’t in the car). Doug (her current Fig and a tribute to our late father) has been through some major black and white customisation. He even featured in the Figaro Owners Club Figgyworld magazine.

After lots of hard work by my sister and her husband, it was with sadness that Doug failed his MOT in December 2016. The cause? The dreaded rot, aka rust!

The MOT test centre were kind enough to get him up on the ramp for us to examine the problem. Both sills, front and rear, had sizable holes that (on first glances) needed the rot cutting out and fresh metal welding in.

As a result of a four figure garage quotation, I volunteered my brother Ben and I complete the repairs. We trundled him home, got one side up on axle stands and this is where the fun began.

Thinking this would be a relatively straightforward job was a huge oversight. As we started to cut the rot away, we quickly discovered the extent to which it had set in. This wasn’t going to be a five minute job.

The sill shouldn’t be full of holes. As a matter of fact it should also be welded to a box section. In Doug’s case, that box section was almost non-existent. Not only did we have two full sills to replace, we now had an additional fabrication job. In all honesty, this wasn’t something we had experience in. Either we deferred to a bodywork specialist, or (in true family style), we sucked it up and started on that steep learning curve…

And that is what this project is all about so please check back soon. There’s more to come!

This site uses Akismet to reduce spam. Learn how your comment data is processed.

Theme by Anders Noren — Up ↑